And Other Pulling Rabbits Out of Hats Stories

There is a long-standing story about a man changing water to wine at a wedding. Not a bad deal. And, pretty economical at that. Recently, a Houston area real estate developer pulled off pretty much the same thing. And saved about $1.9 million in income tax as a result.

Our “pulling rabbits out of a hat” story begins long ago with an 883 acre oilfield southwest of Houston. A real estate developer bought it in 1998 with visions of subdividing into residential and commercial lots and making millions. For 10 years, Sugar Land Ranch Development, LLC (SLRD) cleaned up the oil field, built a levee to keep the nearby Brazos River under control and agreed to a development plan with the city of Sugar Land. But, no dividing into lots or construction ever took place. So far, so good.

SLRD had to devise and go to “Plan B” in a big hurry. Instead of holding out to subdivide and develop (and make millions, of course), the plan became to survive. Hold on to the land by a thread in hopes of riding out the storm and cashing out some day on a bulk sale at a restored profit.

If fortunate enough to keep the grim reaper away and ride the market back up, how would our bulk sale gain be taxed? That’s where the tricky part comes in. A developer (dealer) must pay tax at ordinary income rates and self-employment (SE) tax to boot. By contrast, a mere investor enjoys much lower capital gain tax rates and no SE tax.

On “dealer vs. investor” grounds, we had a couple of factors slicing badly against us. First, our very own name, Sugar Land Ranch Development, LLC. Second, on Form 1065, we continued to report our profession as “Real Estate Development”. Ouch. Third, our intent for the bulk of their 10 years holding the property was to develop.

That’s where pulling rabbits out of a seemingly empty hat comes in. Could we (developers) change horses (near the Brazos River) midstream? Could we change our intent from developing to mere investing? Could we change water to wine? If so, how could we let the big, wide western world know we changed our mind?

That’s it!! We’ll draft some killer good LLC resolutions (minutes): a “Unanimous Consent of Managers (Land Held for Investment)” executed 12/16/08 and a “Member Resolution” to sell property executed on 11/19/09. We’ll give these documents a “Texas draw” flavor amongst all the right, exceedingly well-placed technical wording. Later, though we won’t actively market the land, a suitor will show up, buy us out and save our bacon.

Later, as our story unfolded, that’s exactly what happened. But, with a twist. An independent third party developer indeed showed up and bought 81% (western portion) of the property. However, SLRD sold the remaining 19% (eastern portion) to its own related party companies who proceeded to develop. SLRD later filed a tax return reporting all of the resulting gains as wine (long term capital gains) with a converted tax savings of $1.9 million dollars.

IRS, of course, pitched a fit, arguing SLRD was a developer that never changed its stripes. Fortunately for SLRD, the Tax Court categorically rejected IRS’s song and dance. In so doing, the Tax Court (Sugar Land Ranch Development, LLC, TCM 2018-21 (02/22/18)) cited SLRD’s changed economic circumstances and bought their LLC resolutions hook, line and sinker. The fact SLRD sold 19% to related parties (who went on to develop) was not even held against it (there’s a nice batch of case law supporting that). Result: Water was indeed changed to wine. A developer indeed changed its mind midstream to become an investor. Not bad.

Morals of the story? If intent changes and investor status is advantageous: 1. Refrain from building on the property; 2. Sell the portion, if any, to be retained and developed to a related, but distinct, third party; and 3. Document, document, document.

On the flip side, if it’s a loss you face on sale, the opposite holds true. Developer status avoids highly disadvantageous long-term capital loss and bags highly coveted ordinary loss. I guess what you want depends on who you are.

And, oh, did I mention to carefully document your file?

Margarita, Alimony or Both?

Pulling the Rug Out from a House of Cards

Did you, in high school or college, ever wait ‘til the night before to write an important paper? I did. Needless to say, it wasn’t my best effort. It’s a bit like that with Congress and the hurriedly written Tax Cuts Jobs Act. The lion’s share of its 1,050 pages were written or overhauled in its last 12 days. That’s too fast. And, it’s a wrecking ball on our ability to interpret what much of the law means.

One such hastily, shoddily drafted new provision targets the alimony deduction. In short, for a divorce or separation instrument “executed” after 12/31/18, alimony is no longer deductible for the payer or taxable to the recipient. In Congress’ haste, they didn’t exactly tell us what “executed” means. This has led to a plethora of 2018 divorce filings racing to be grandfathered in to prior law and a host of uncertainty as to the interpretation of existing instruments sitting out there in the bushes.

In California, as is the case in Massachusetts and everywhere else, attorneys and courts are scrambling to finalize divorces by 12/31/18 to capture otherwise going, going, gone alimony deductions. Most payees don’t mind because they figure alimony awards will “knee-jerk” shrink in the future (if no deduction for payer, judges may reduce awards). Needless to say, the law change will have a huge economic impact.

Might some race out to Vegas or Mexico to get a quickie 2018 divorce with alimony in tow? Would such a divorce be effective? Would having a margarita at a Mexican roadside divorce shack impair mental ability and thus negate the effort? 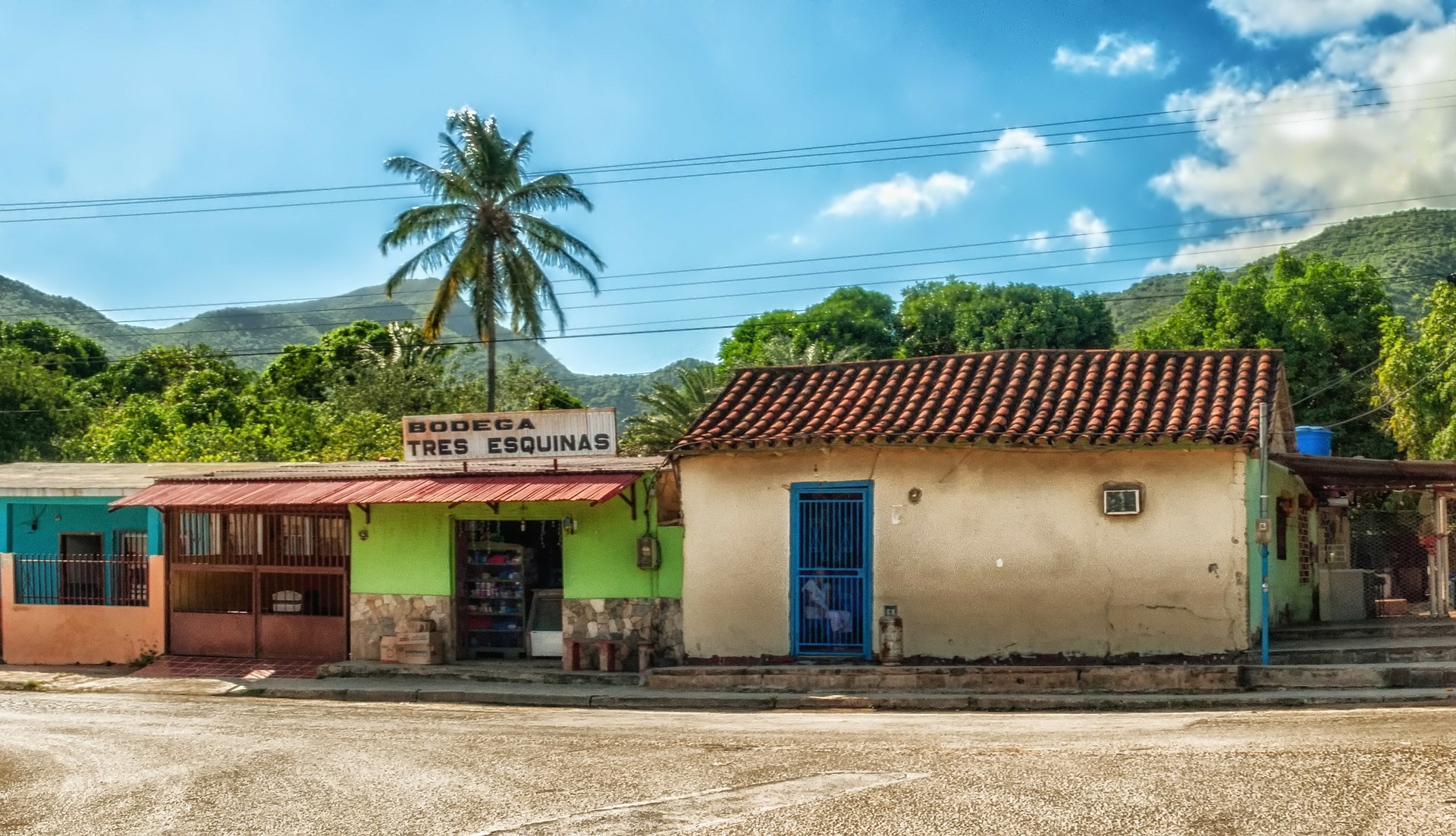 Why the law change? In 2014, a Treasury Report exposed that while 567,000 returns deducted $10 billion in alimony, only 19% of recipients bothered to report their corresponding income. IRS was supposed to be (but dropped the ball on) matching against these income recipients and sniffing out cheaters. Resulting revenue loss: $644 million annually. Congress wants that money.

For divorce and separation instruments “executed” prior to 2019, the default rule is alimony will remain deductible for the payer and income to the recipient. Frustratingly, much uncertainty swirls around the term “executed”. For a written separation agreement, it’s probably the date the agreement was signed. For a divorce decree, it’s a tougher call. Will it be the date an interim order was signed (e.g., in 2018) or the later date the divorce becomes final (e.g., in 2019)?

How will pre- and post-nuptial agreements entered years ago (under the presumption spousal support is deductible) be interpreted? Might they not be considered divorce or separation instruments? This could lead to maintenance payments under them being nondeductible toast.

Better keep the peace with the evil ex, baby. Why? After 2018, if a payer of alimony or separate maintenance is dragged back into court, wine can be changed to lake water. In other words, deductible alimony under a pre-2019 instrument could be rendered nondeductible by a court if an instrument modified after 2018 so provides. Kicking the cat after 2018 might prove mighty costly.

Sound like a big mess? It is. All involved must carefully understand the issues and move forward (perhaps swiftly) with educated purpose. Who knows, maybe axing the alimony deduction will economically incentivize some couples to stay together and work out their differences. Stranger things have happened.